Scroll down the page for the ENGLISH VERSION! 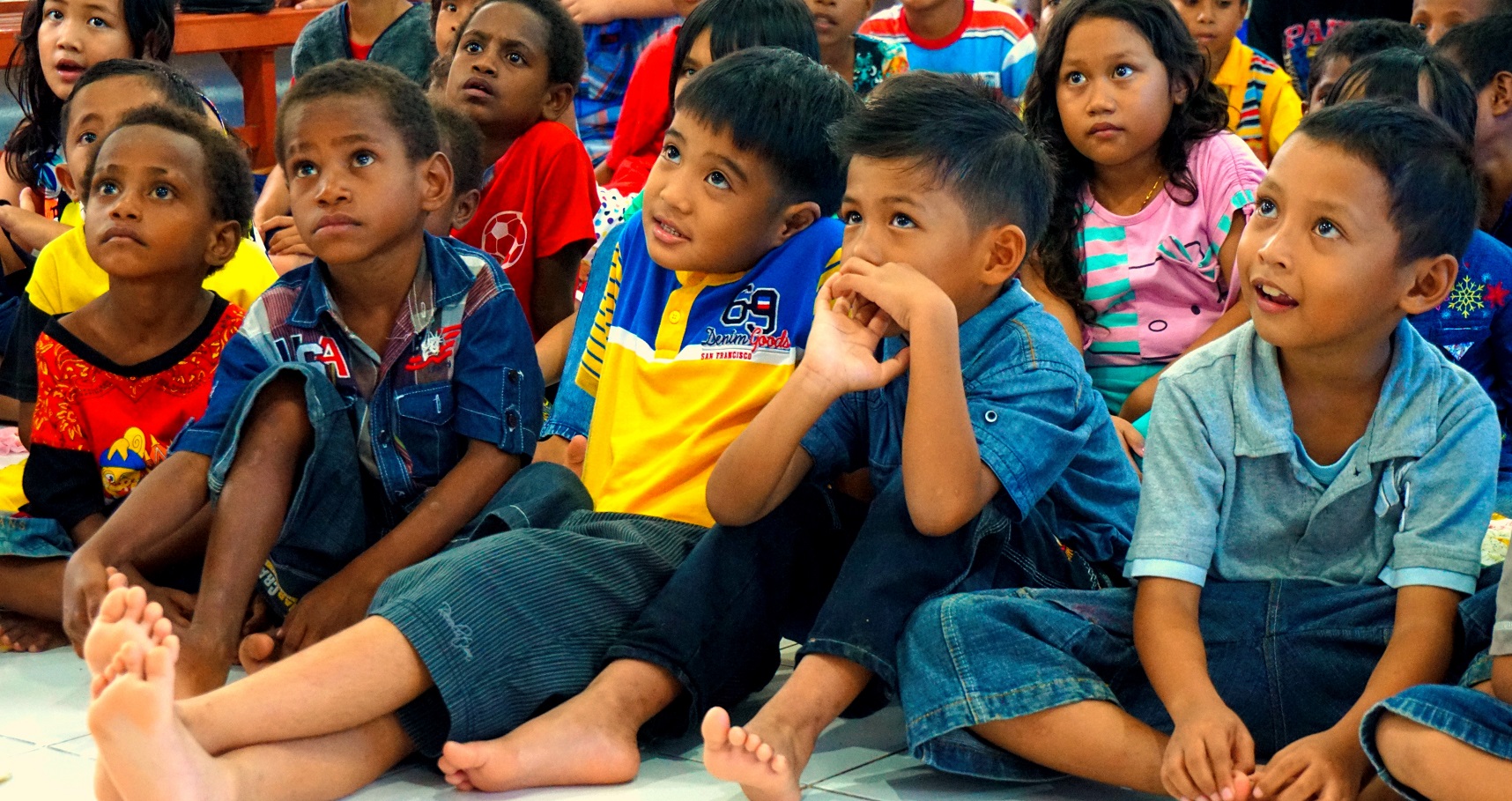 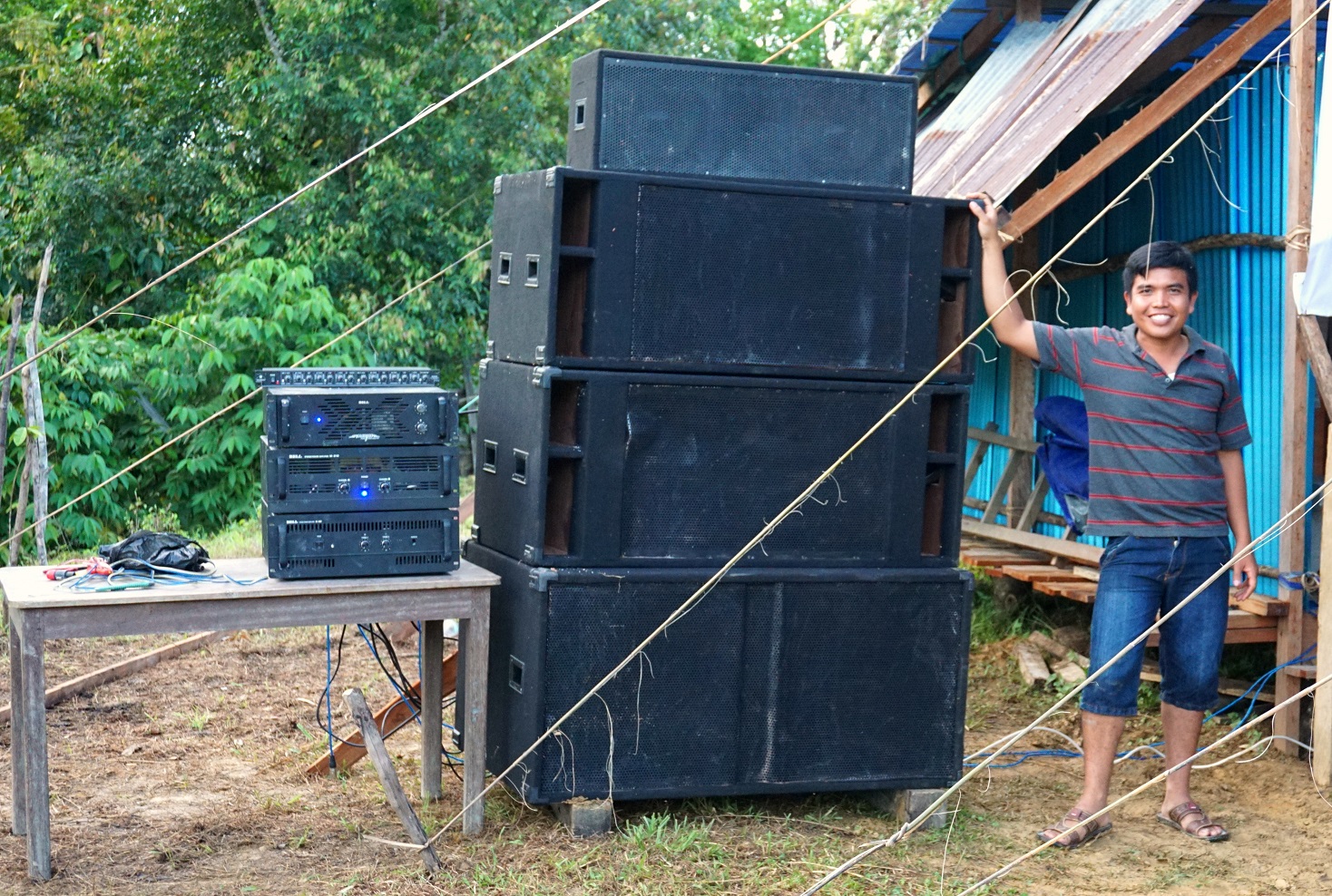 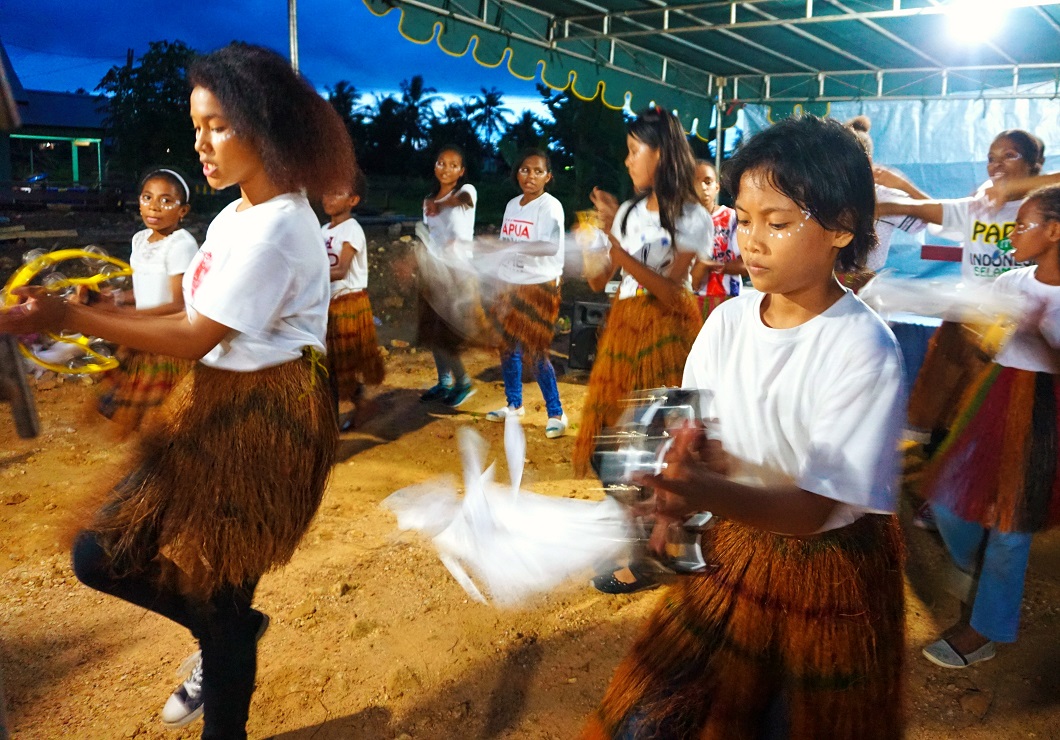 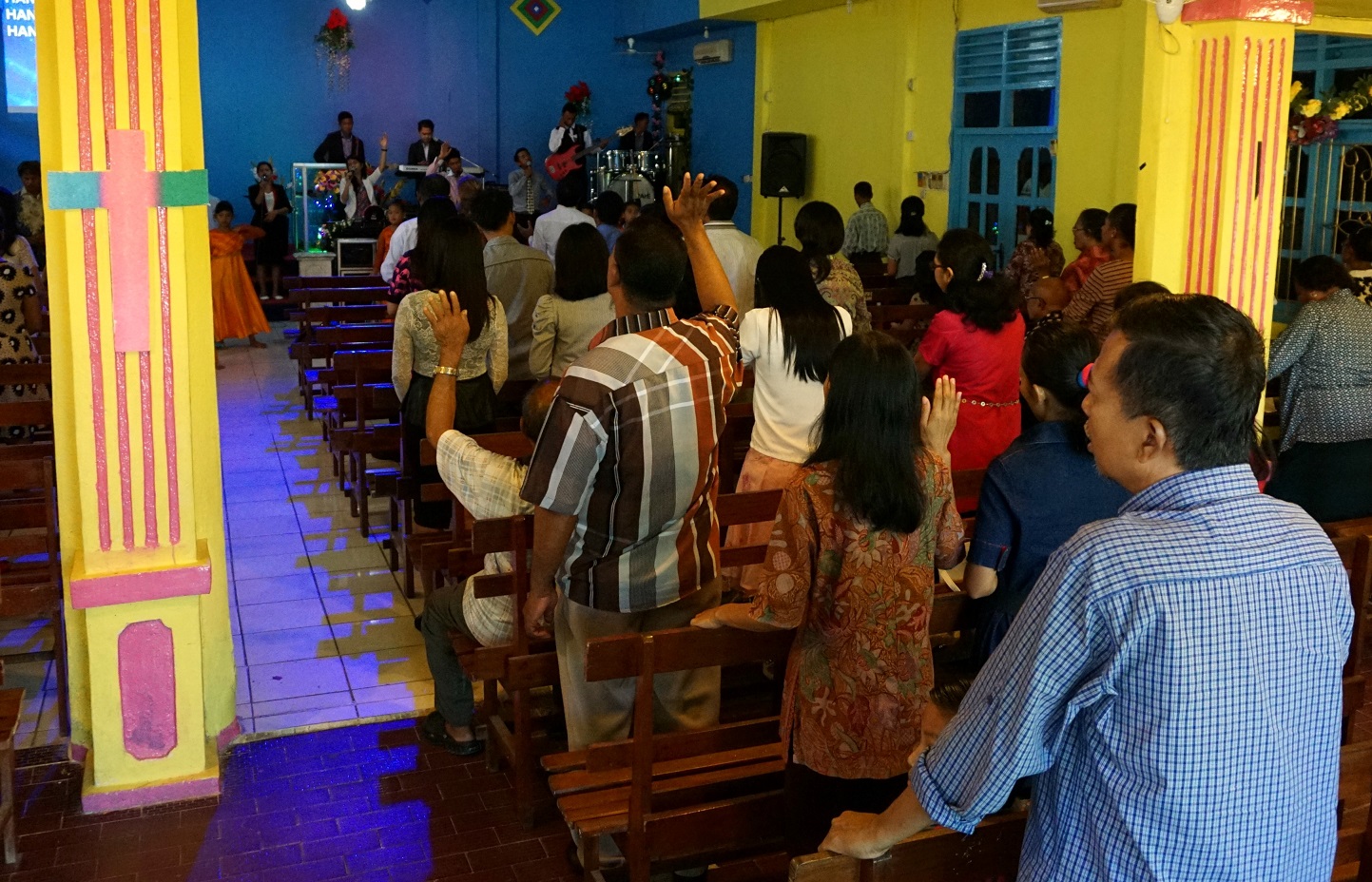 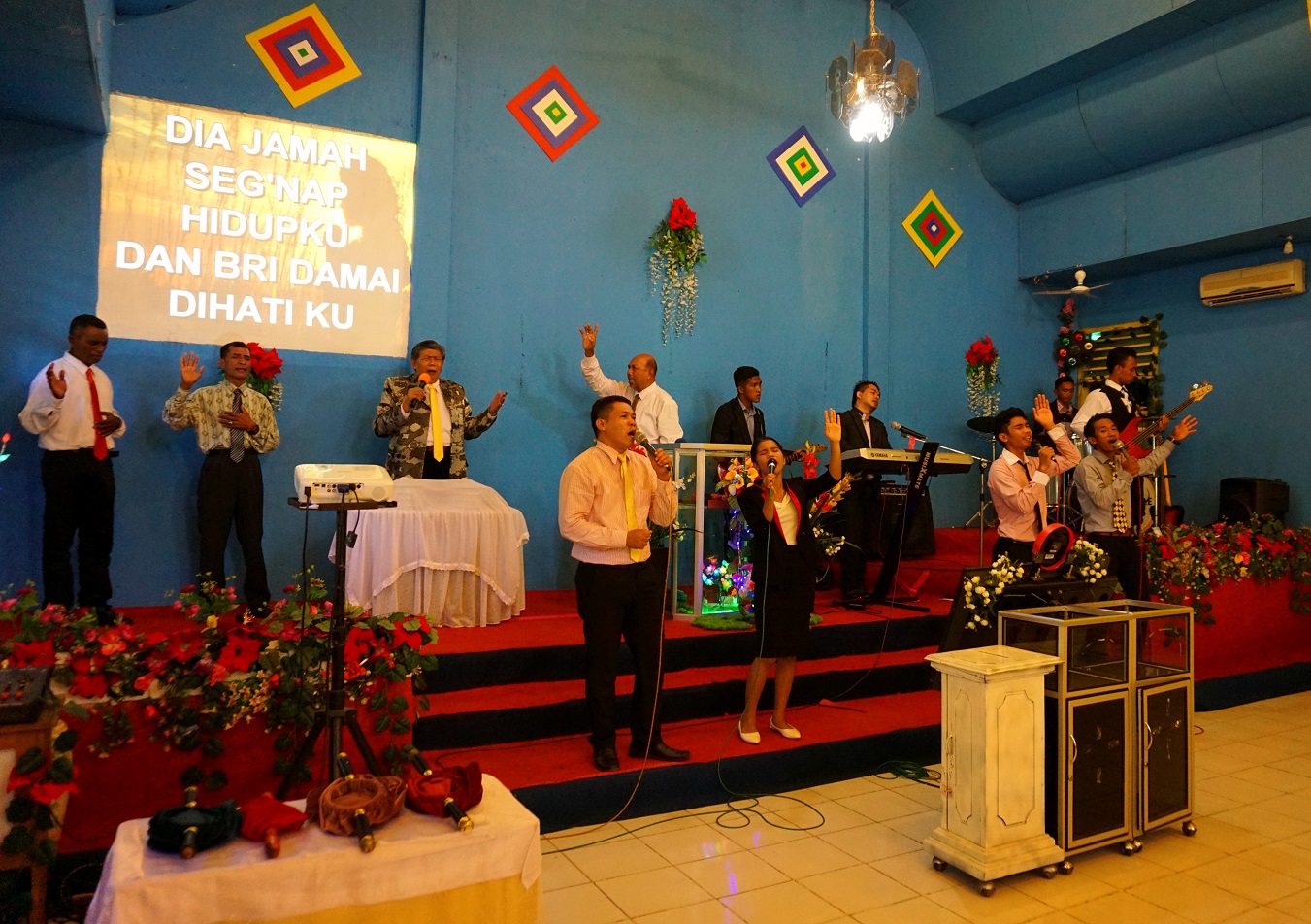 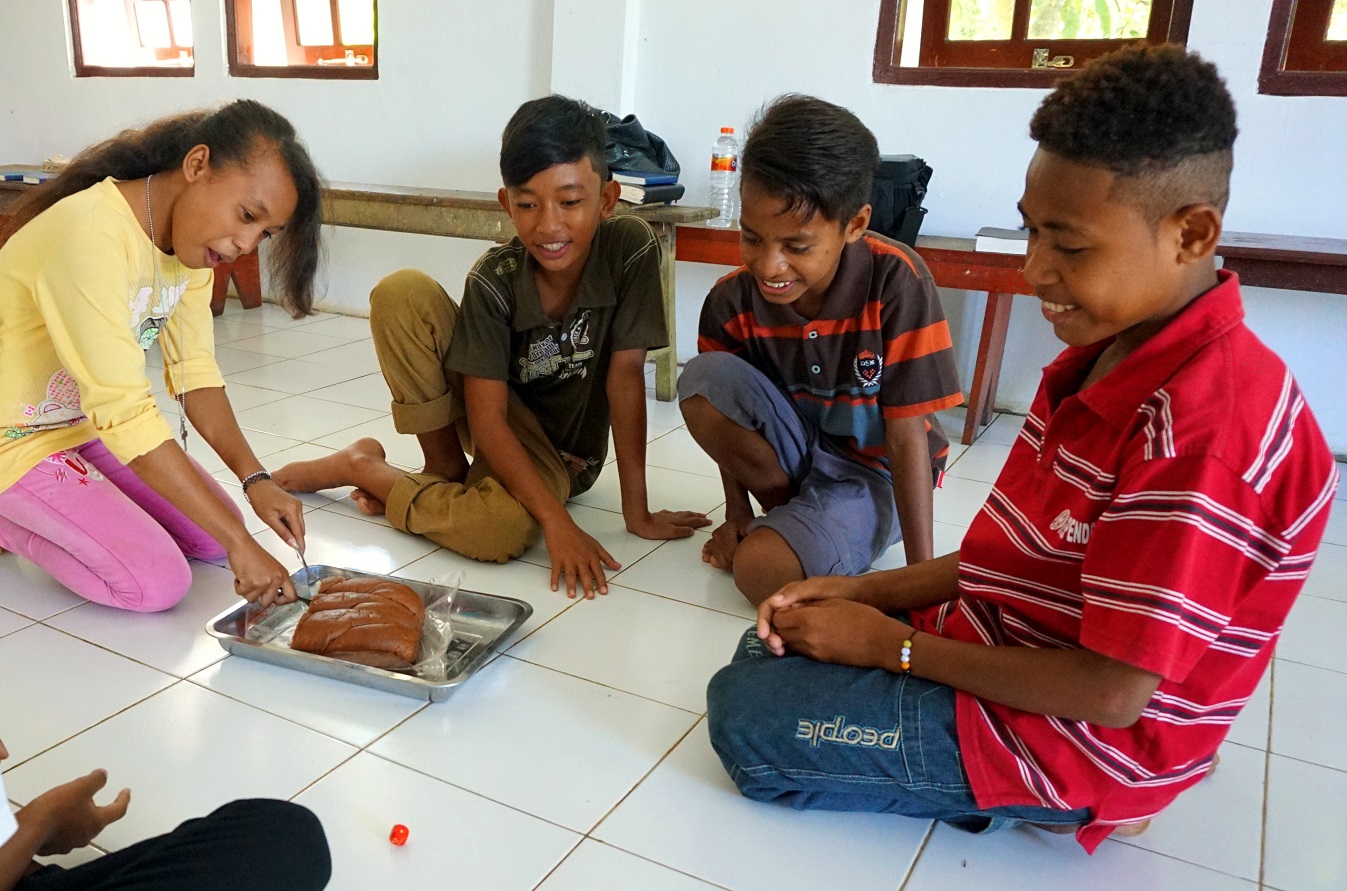 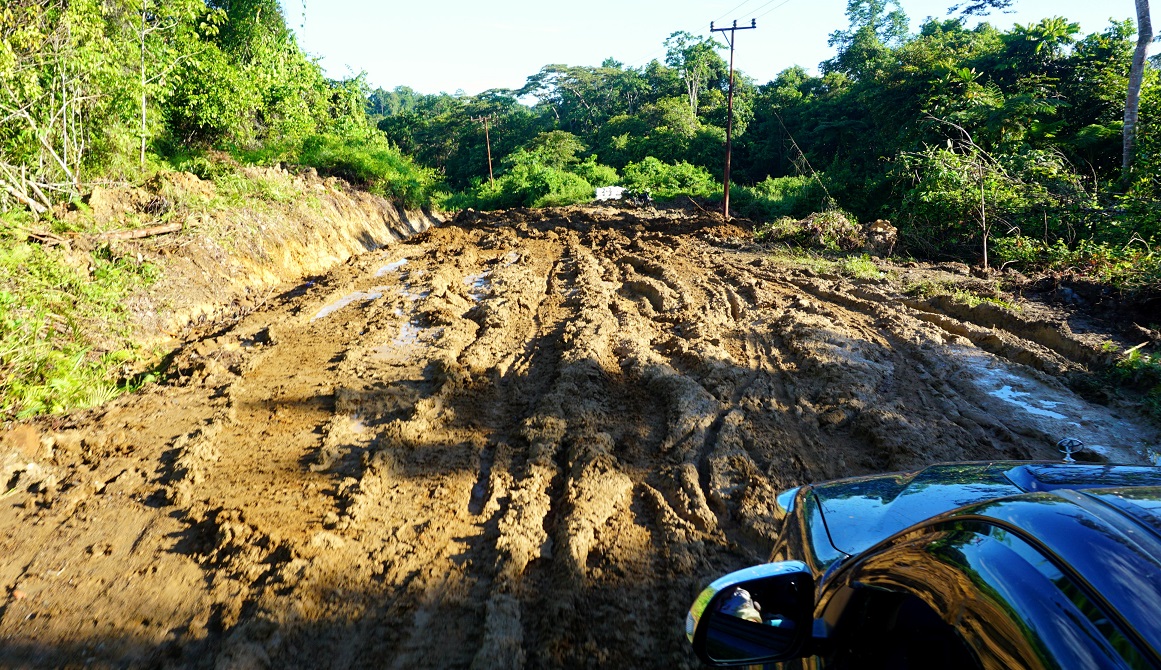 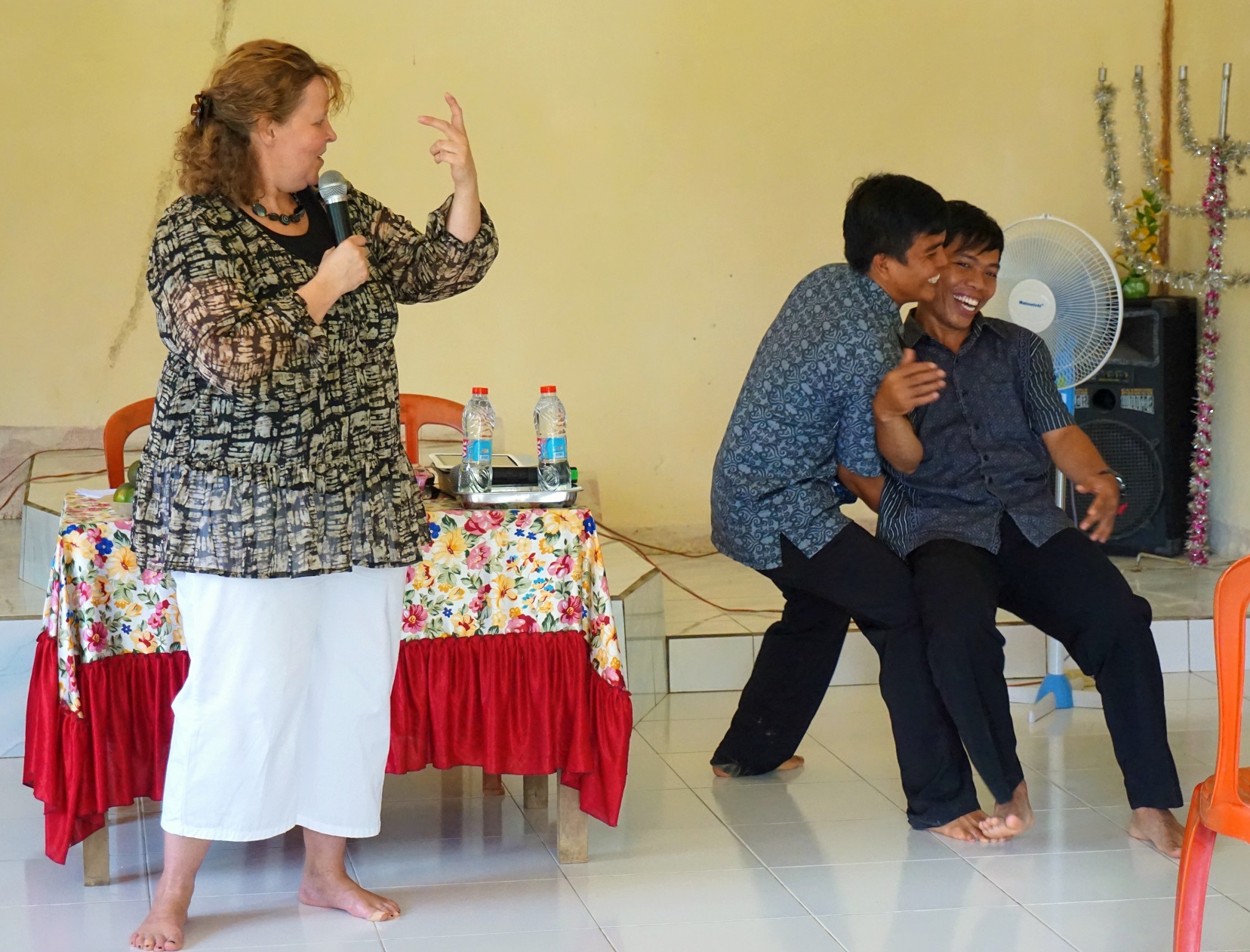 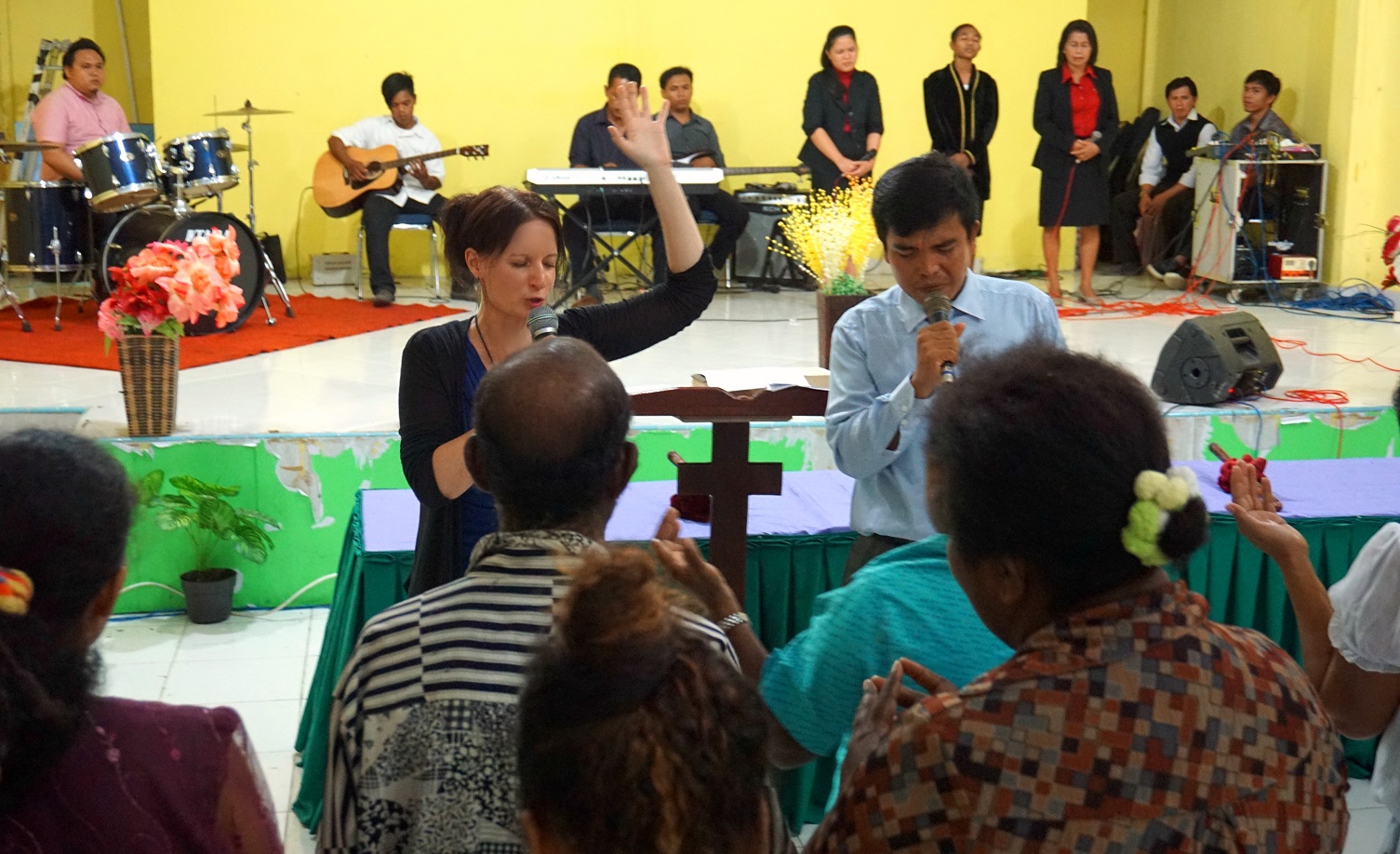 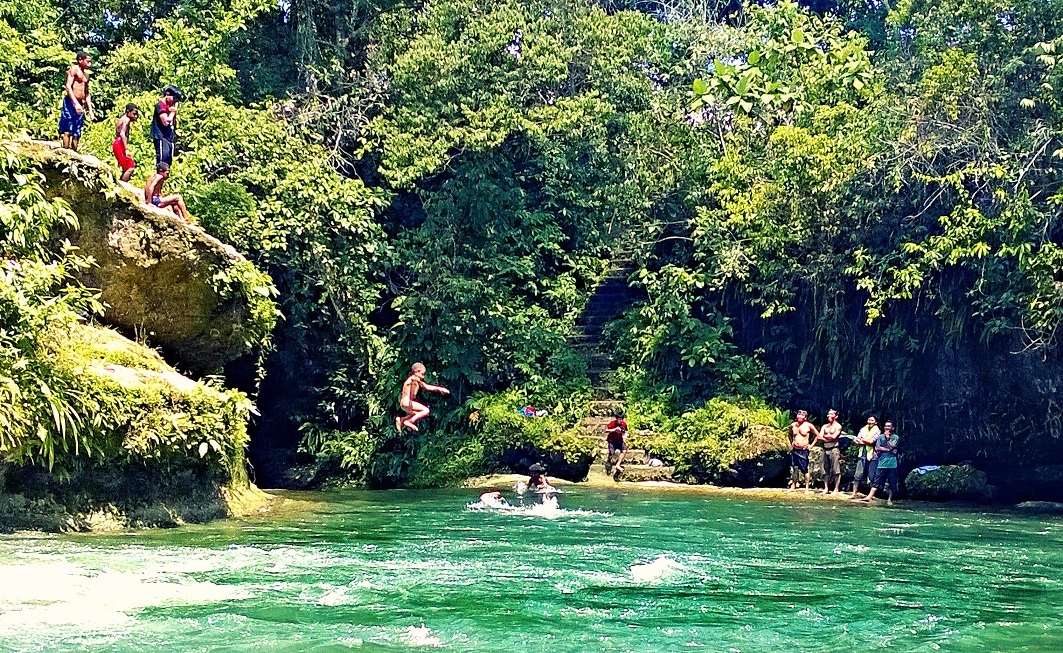 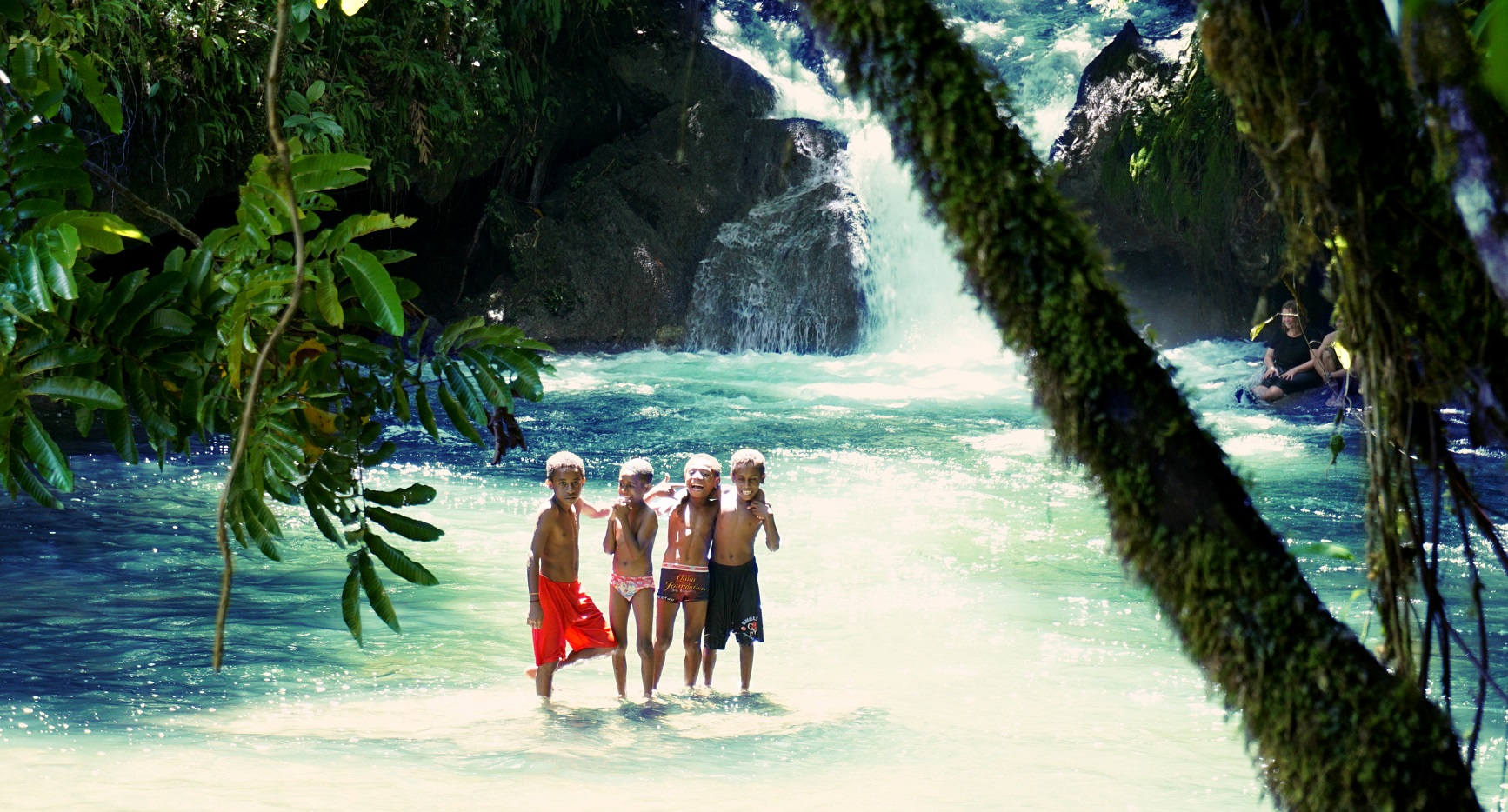 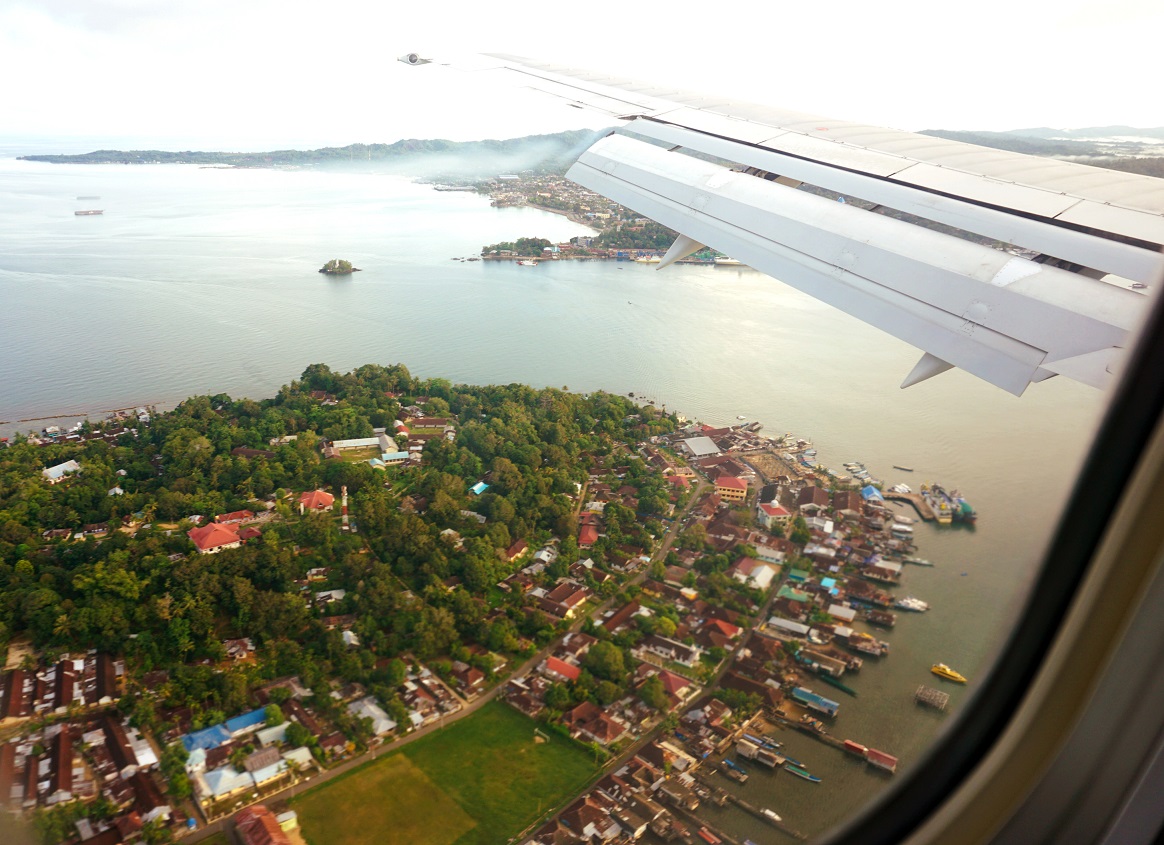 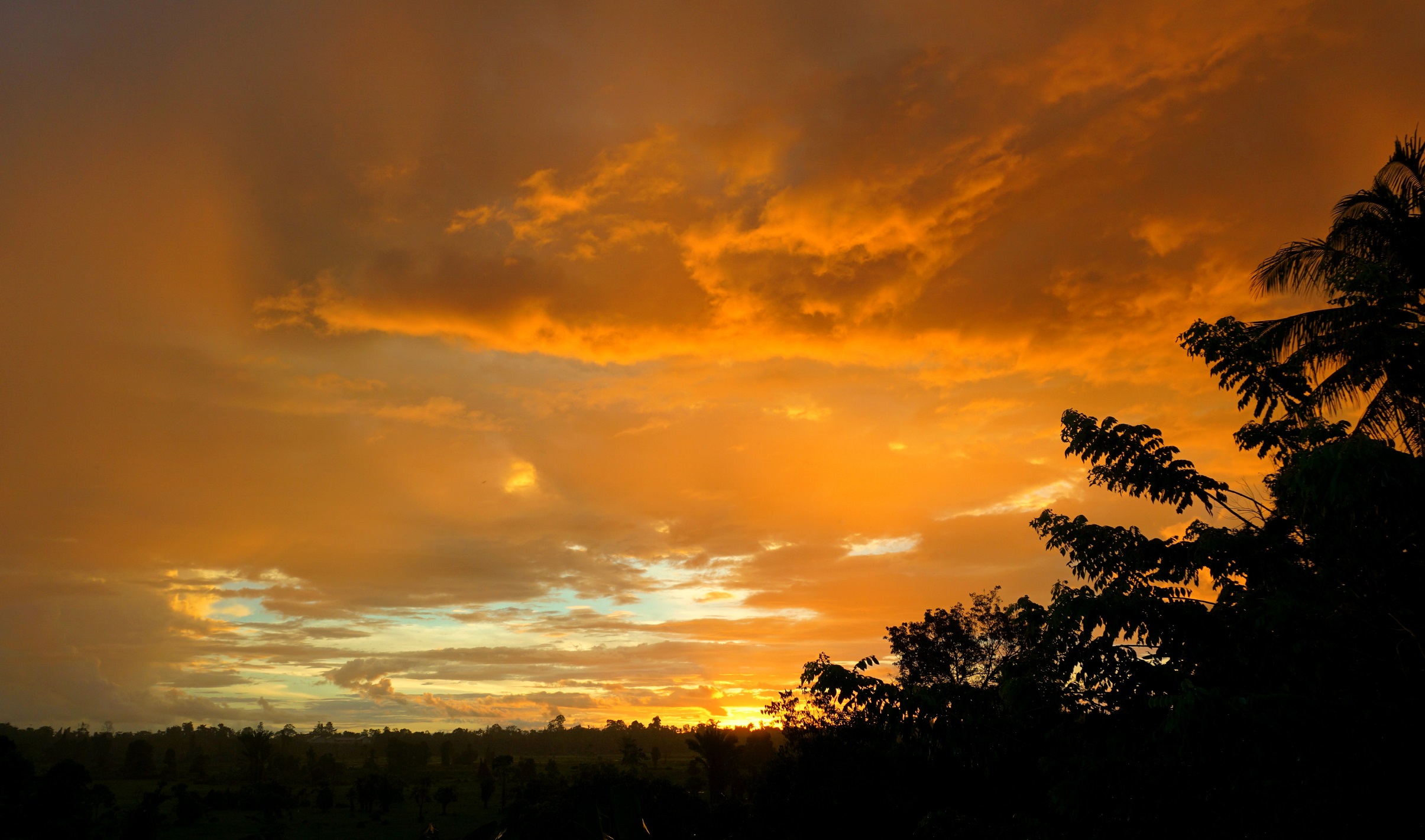 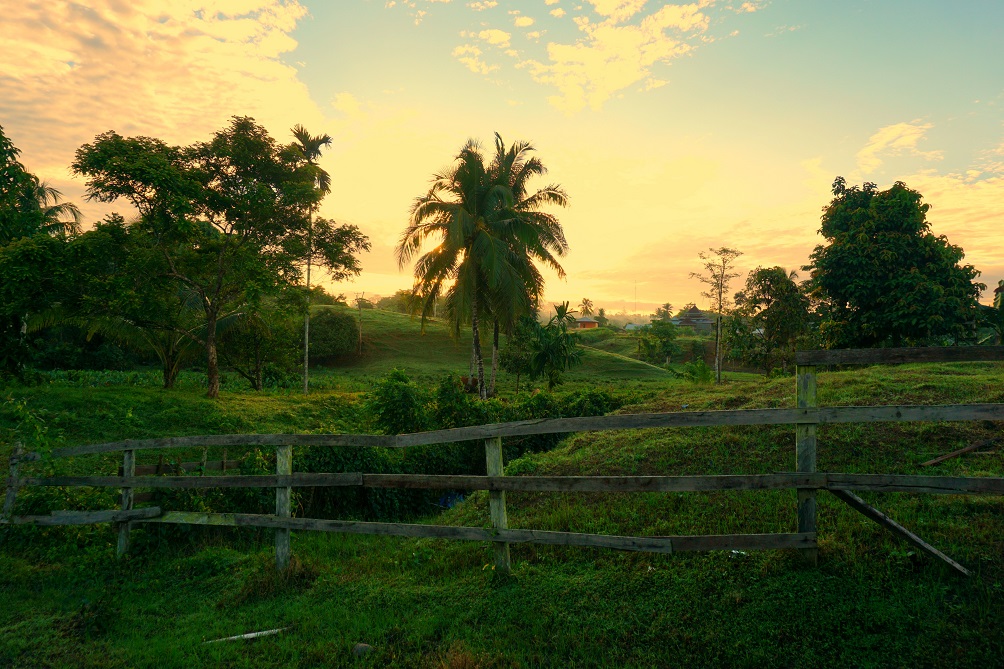 In July, we headed out to Papua, Indonesia for an outreach. Our contacts in Sorong area had organized various different events and meetings where we had the honor to serve and minister. We had been invited by different churches to speak at events in Sorong region over the two weeks we spent there. Right at the beginning we spoke in a Sunday service at a local church in Sorong, at night did and evangelistic meeting outside on a field, and the next day an evangelistic children’s event in another local church.

Already some time earlier we had had on our hearts to purchase a mobile sound system which could easily be transported to different locations and used in challenging conditions. Thanks to many different donors, we were able to buy the system before our outreach began and got to try it out right from the start. It turned out to be a great blessing to us and the local churches. We are so thankful for this wonderful asset that enormously helps us spread the message of the good news wherever we want to take it.

This time the weather conditions were quite challenging due to heavy and long showers that occurred every day. During the first evangelistic event in Sorong, it started to rain right when the message was to begin. Soon after that the power went out and we ministered in the darkness, shared the word we had for the night and made the altar call, just as usual, regardless of the circumstances. It was a blessed evening despite the enemy’s attempts to spoil it. As a result, we made some new friends and connections and immediately received an invitation to come and preach two days later at one of the local churches, where we had never been before. We took the invite and the night service was powerful and people were touched by the Spirit. The pastor was so blessed by our ministry that he asked if we could do both of his Sunday services that week as well. We still had a free slot for one service that Sunday so we agreed. In all of the churches in Papua, we have been greatly blessed by their worship. In this church, worship was particularly strong and lots of time was also given to it. We shared the word and the Holy Spirit changed lives and spoke to His people.

During the first week, we visited two children’s homes and spent time with the kids playing different games, sharing stories, teaching principles from the Word and spending time in worship. Thanks to some generous donors who wanted to bless these kids, we were able to give them small gifts such as games and sports items and of course candy from Germany. We knew these children already from our previous visit in November. It was wonderful to see them all again and get to know them a bit better. They are all amazing, precious young boys and girls who love Jesus. Please keep them in your prayers and bless their lives so that all God’s plans for each of them will come to pass.

During the second week we ministered in two different locations inland further away from Sorong. Due to the heavy and continuous rain, the road to the first destination had turned into a pool of mud, and we had to be picked up by 4-wheelers in order to get to the venue. That was the ride of our lives! We loved this “off-road adventure” and had so much fun!

We spent two and a half days there with our wonderful friends, sisters and brother from three different denominations who had put this event together. What an example of great unity and love they displayed! It was beautiful to see how they all worked so well together for the same cause. The evangelistic meetings were very well attended and many gave their lives to Jesus or rededicated their lives to Him during those two nights. The seminar for pastors and leaders was also very successful and people were thankful to us for coming and blessing them.

The last couple of days we spent in a town even further inland, deep in the jungle. It took around 5 hours to drive there. The meetings there were broad cast on TV with a potential audience of around 500.000 people, most of them either Moslem or nominal Christians. In the meetings, many gave their lives to Jesus or rededicated themselves, and we believe even more people made their decision watching the program at home. A special thank you goes to one of the local leaders for organizing the TV and making it possible to share the good news with thousands of people who could not come to the meetings. We believe that God’s Kingdom has again advanced and taken steps forward in Papua.

This particular town and its surroundings are located in an area where the nature is still very untouched and no tourists are running around. During our free time we got to enjoy one of the most beautiful natural pools they have there. We went swimming and just enjoyed the incredibly beautiful nature around us. Some local children accompanied us for the afternoon outing and entertained us by climbing rocks and trees and jumping off cliffs into the water. We had so much fun with our new special friends!

At the very end, during the last night before flying back to Germany early that morning, Kaisa got sick and had to vomit several times. As we got to the airport in Sorong, we heard our flight to Jakarta was cancelled. It was a real problem for us, since there was no other flights that day operated by our airline. After long hours, lots of prayer and many attempts with the help of our local friend and organizer to sort out the situation and get us on another flight to Jakarta that afternoon, our prayers were answered and we got the last two free seats on another plane! Hallelujah, thank you Jesus! Had this not happened, we would have missed our connecting flights to Germany. Looking back, we see God’s hand again in everything: He allowed Kaisa to get sick that morning because He knew our flight would be cancelled. Due to her condition, we were given priority among all the other passengers who also tried to get on that flight. By the time, we arrived in Jakarta, Kaisa was feeling perfectly fit again. Praise God!

Thank you to all of you who prayed for us during the outreach and to all those who made it financially possible to do what we did. You have a share in everything God did through us out there! We bless you and thank you!

This website uses cookies to improve your experience while you navigate through the website. Out of these, the cookies that are categorized as necessary are stored on your browser as they are essential for the working of basic functionalities of the website. We also use third-party cookies that help us analyze and understand how you use this website. These cookies will be stored in your browser only with your consent. You also have the option to opt-out of these cookies. But opting out of some of these cookies may affect your browsing experience.
Necessary immer aktiv
Necessary cookies are absolutely essential for the website to function properly. This category only includes cookies that ensures basic functionalities and security features of the website. These cookies do not store any personal information.
Non-necessary
Any cookies that may not be particularly necessary for the website to function and is used specifically to collect user personal data via analytics, ads, other embedded contents are termed as non-necessary cookies. It is mandatory to procure user consent prior to running these cookies on your website.
SPEICHERN & AKZEPTIEREN